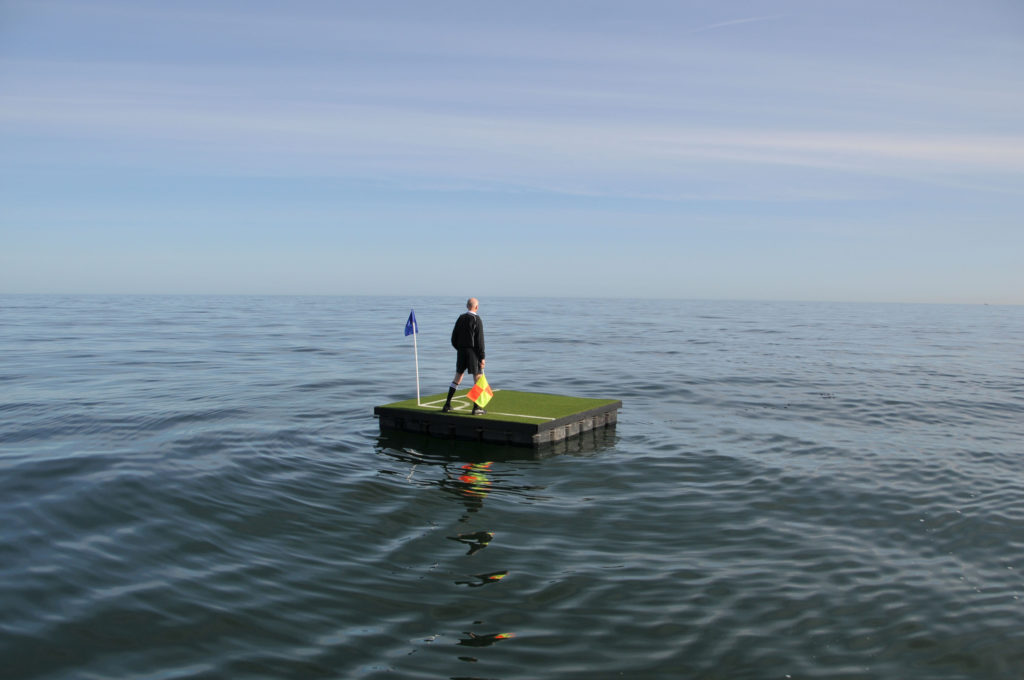 Jason Minsky tries to unravel and re-configure the familiar within his work. Playfully dislocating the functioning of events and taking a multi-disciplinary approach. The context of the work is often central to its interpretation and during the last few years he has made a range of work exploring the conventions and rituals within and around sporting environments. He often employs humour as a strategy to unpick these rules.

Jason has exhibited widely across the UK and Internationally in group and solo shows. Residencies include Berwick Gymnasium Residency, Leeds Rugby Residency, Cultural Olympiad project for London Olympics 2012. Winner of the inaugural Manchester Art Prize. He is a graduate of Manchester Polytechnic and the Royal College of Art, London. Jason’s works are in collections in Switzerland, Hong Kong, Kenya and UK and he has worked on site-specific projects for Paul Smith, London and Rosenthal, Italy and Germany.