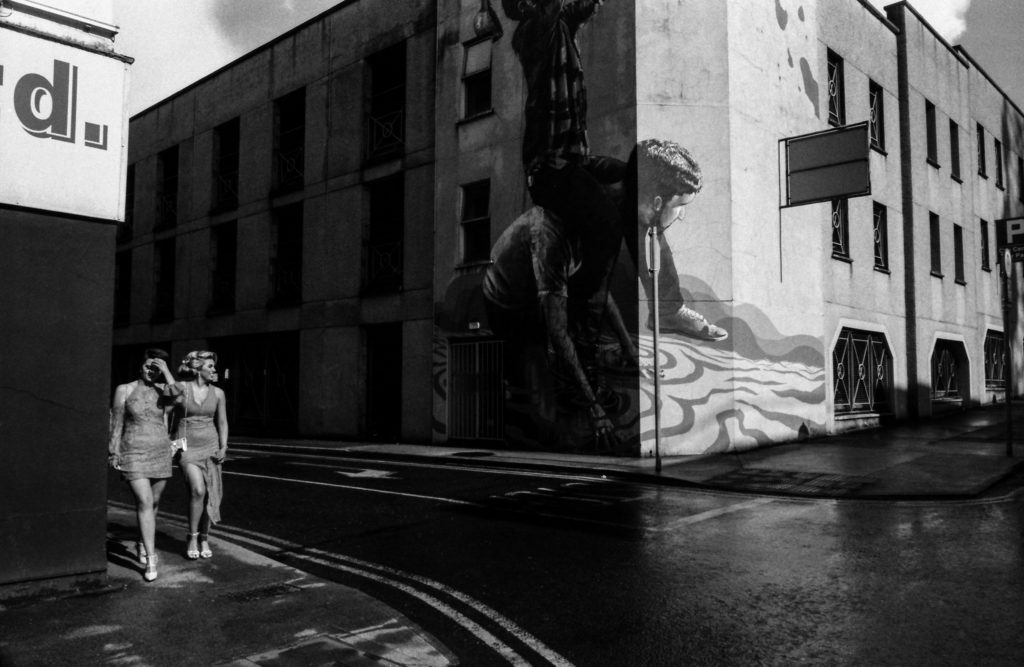 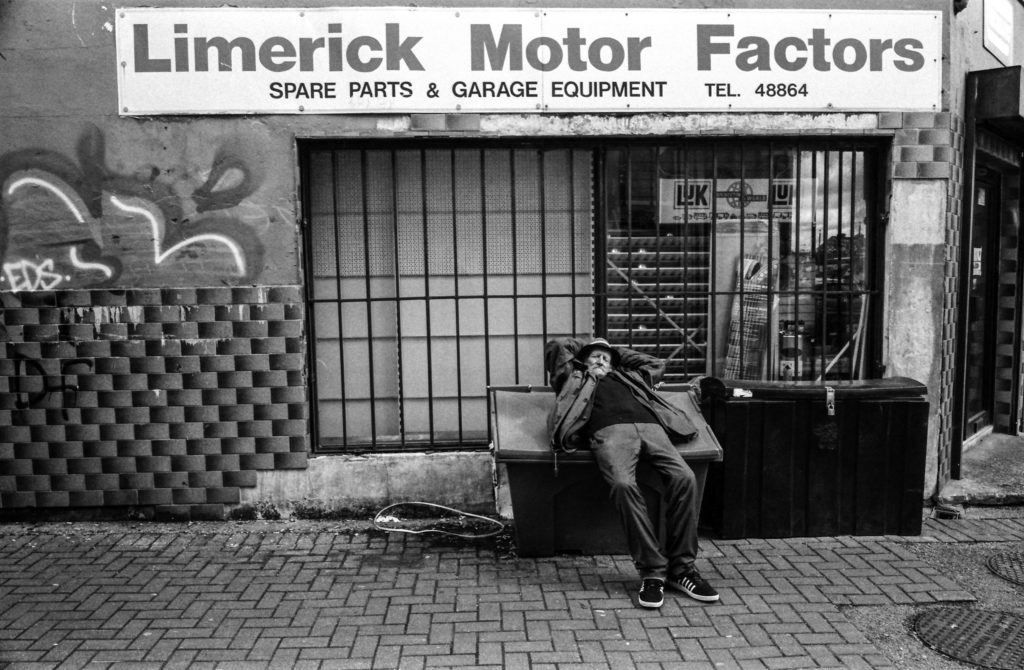 Wally Cassidy is a self-taught documentary photographer since 1989, spending four years photographing Dublin’s street characters, punks, protests and Smithfield horse fair. In 1993 he put down the camera for personal reasons and started working on building sites in Athlone during the Celtic Tiger. In 2012 he moved to Limerick city where once again his passion to capture moments with a 35mm film camera was sparked. Today he is studying for his BA in Photography in LSAD to catch up on the lost years.