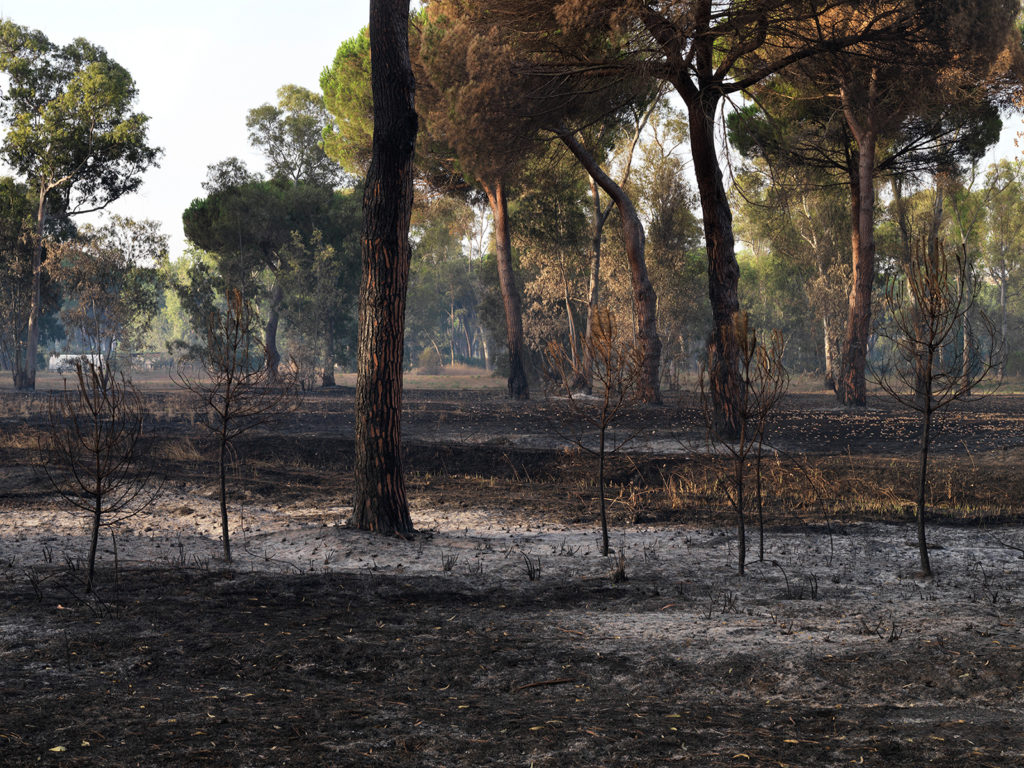 David Farrell (b. Dublin), read Chemistry at UCD graduating with a Ph.D in 1987. He has worked independently and on communion projects with Gogo Della Luna (Gudòk). Received the European Publishers Award for Photography in 2001 for Innocent Landscapes and has published three further books, Nè vicino nè lontano. A Lugo (2007), The Swallowing Tree (2014) and Before, During, After…Almost (2016). He has exhibited internationally including Houston FotoFest 2006, on four occasions at the Festival Internazionale di Fotografia, Rome and in China in 2008 and 2010.

David Farrell – Elusive Moments a documentary by Donald Taylor Black (Poolbeg Productions) was premiered at the Cork Film Festival 2008 and was broadcast on Irish Television as part of The Look of the Irish series on Irish photography. In 2009/10 he documented his revisits to the sites of Innocent Landscapes and the ongoing renewed searches at some of these locations for those disappeared during the conflict in Northern Ireland. He has been awarded the Curtin/O’Donoghue Photography Award twice at the RHA Annual Exhibition in 2012 and 2016. Recent exhibitions include – Before, During, After…Almost, RHA in 2016, Post-Picturesque: Photographing Ireland, Carlton College, USA, March, 2017, A Name Unmade: Francis Ledwidge (1887-1917), Solstice Arts Centre, April, 2017 and the RHA Annual Exhibition, May, 2017.