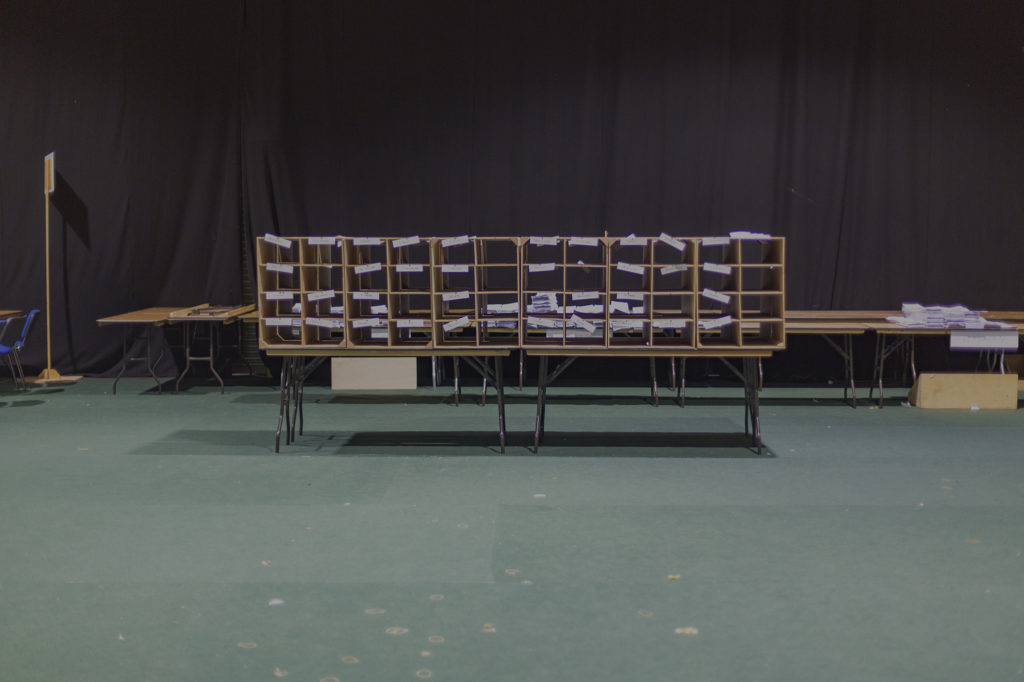 Election Gurney is part of a photographic project called Candidate which follows the election campaign of Labour’s Aodhán Ó Ríordáin during the general election of 2016. Candidate also exists as a limited edition photobook.

John Carroll is a graduate from Griffith College Dublin’s BA in Photographic Media course and works full time as a professional photographer. In 2016, he was nominated for the Inspirational Arts Photography 2016 award and the RDS Visual Arts 2016 awards. In 2017 he was nominated for student awards called Smedias in two categories, Photographer of the Year and Sports Photographer of the Year. One of his images was included in the RHA 2017 annual exhibition and this one Election Gurney was included in the RHA 2018 annual exhibition. Both have been purchased by the OPW for their collection.

John specialises in social/portraiture and documentary work. His still images were featured in TV3’s Assassins documentary series broadcast in May 2017 and will feature as part of Loose Horse’s production of The Voting Age to be broadcast on RTE in December 2018. His photo exhibition called An Ghaeilge mór-thimpeall orainn (Seeing the Language) is supported by Conradh na Gaeilge’s 2018 Bliain na Gaeilge initiative and will be exhibited in different parts of the country in the coming months.